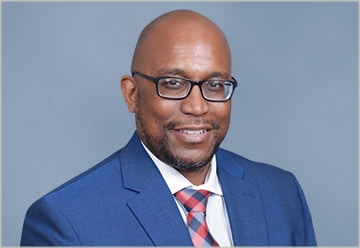 "Diallo Scott and his staff are very professional and friendly. He is dedicated to his work and did an excellent job. I would recommend him."

What Makes Mr. Diallo Scott Uniquely Qualified To Represent You?

Diallo Scott was admitted to the California Bar and the Federal Court for the Central District of California in 2000. He received a BA in Political Science from University of California Los Angeles (UCLA) in 1996. In 2000, he completed his legal studies at Southwestern University School of Law.

Mr. Scott has over 20 years of experience. During that time, he has represented clients in workers’ compensation, employment litigation, estate planning and civil litigation.

Mr. Scott began his career representing clients in labor and employment claims against their employers. He has gone up against major corporations and obtained settlements or judgments in favor of his clients. He has successfully argued cases in front of the California Court of Appeal.

Mr. Scott’s experience representing insurance companies allows him to understand their strategies so he can effectively take actions to make sure you get the medical treatment and compensation you deserve.

"Diallo Scott and his staff are very professional and friendly. He is dedicated to his work and did an excellent job. I would recommend him."

Copyright©2022, Scott Law Firm, PC. All Rights Reserved. This site is for informational purposes only and does not create an attorney client relationship.